The challenge this fortnight was chosen and is being hosted by my team mate Jennie, and it's a card or gift for a man.

I recently donated some cards to a local hospital for patients and families to use, and it occurred to me that there were very few male-themed cards (if any). I do make cards for men - I've got a husband, two sons, my daughter's partner, two brothers-in-law, but I don't tend to make male cards 'just because'. Because, of course, those 'just because' cards are done because I want to make something pretty! Anyway, during the post Christmas sales, I obtained a couple of topper decks from Hunkydory, and one of them, with all vintage style transport images, was intended to give me some inspiration. 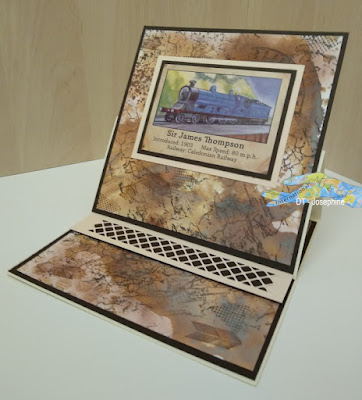 I started by creating an A4 background using Distress Oxide inks and smooshing them on to stamping paper. 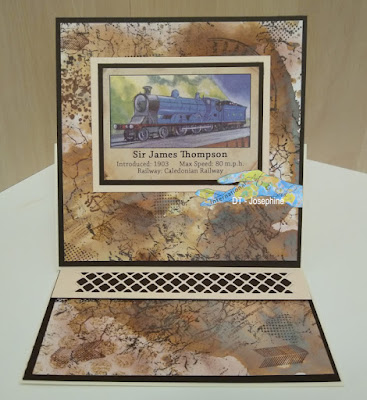 I added some stamping on top - mainly to give some texture, and used it to cover both the display and base sections of an easel card. The image is simply matted, and I used a die (from Joanna Sheen, I think) to create the stopper. Nothing too complicated, but I think it works.

Also in the Hunkydory sale, I got some stamps, and decided to play with one. 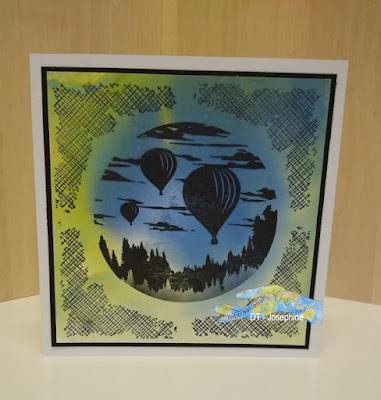 I did like the idea of these stamps - circular landscape type silhouettes, with corners to match, and while I think the card is usable, I'm a little disappointed without really knowing why. Again the background uses distress oxide ink, smooshed on to stamping card, with the images stamped in Versafine Clair ink.

Once again I love your background, it suits the image perfectly. Hazel x