The challenge for this fortnight is Things with Wings, so you've got a lot of options!

I have often seen waterfall cards and fancied making one, so I went in search of a tutorial and found this one. It allows for six layers in the waterfall, and I decided to get out my Ching Chou Kuik stamps to fill it. 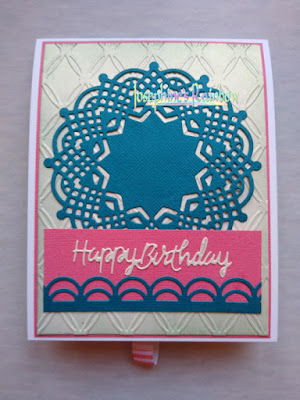 I left the front fairly plain as a contast to what's inside. 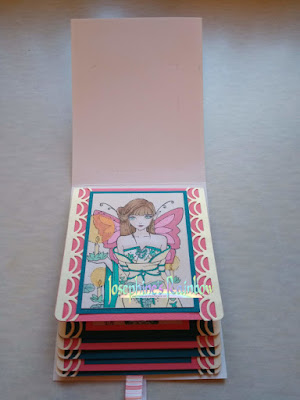 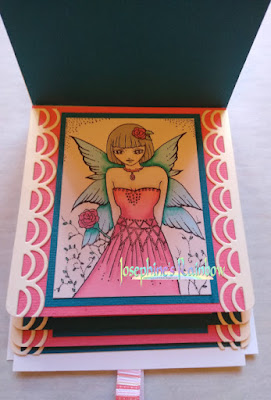 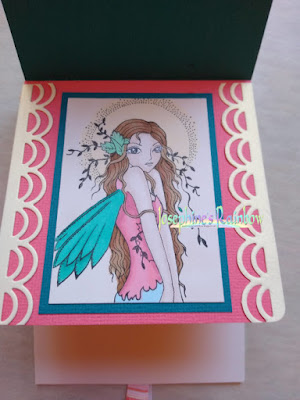 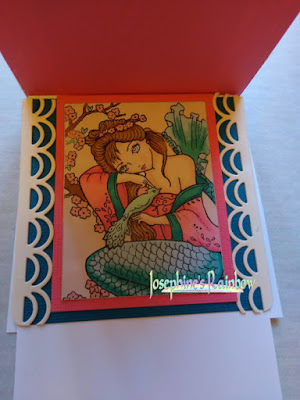 The images were all stamped in Memento ink and coloured with Promakrers using a fairly limited range of colours in coral and teal. I edged each image with a die cut and assembled following the instructions on the video.

I must say I'm quite pleased with the result and will probably make more of these!

I do hope you can join us this time.
Posted by Josephine at 17:10 3 comments:

The challenge for this fortnight is to include an animal in your project. I decided to add to my collection of Christmas cards. I know it's summer, but I like to have my cards finished by the end of November so that I can post abroad without a last minute rush, so I start making them in the spring. 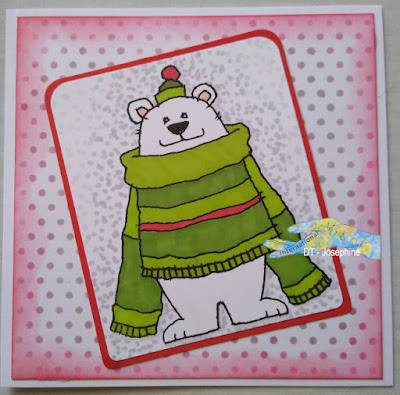 In fact, I made two cards for this challenge and they both feature a Woodware stamp as the central element. 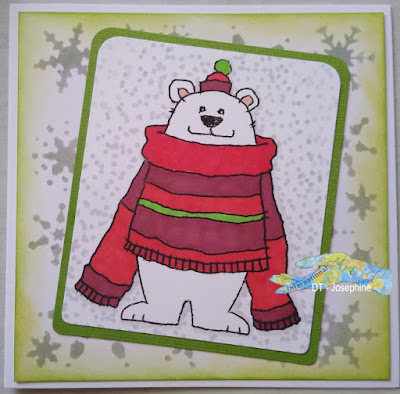 Having decided that that Christmas jumper had to be coloured in bright, Christmassy hues, I couldn't decide whether to do mainly red or mainly green, so I did both. Both images were coloured with Promarkers and both backgrounds are stencilled.

The challenge for this fortnight is to use lots of layers. 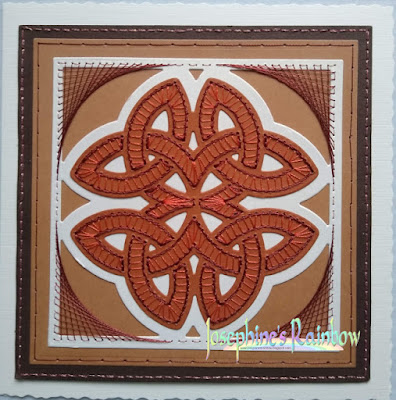 I love stitching on card, and dies that prick the holes for you make it easier. I loved this set of dies from Tonic when I saw them, and decided to give them a whirl for this challenge. I cut the various layers and stuck them roughly using a minimum of glue towards the centre. Then I pricked through each layer's holes to the layers below and stitched the whole thing together. Believe me, by the time I was stitching the top layer, I really knew there was a lot of card to get through. I even had to change to a bigger needle after I broke to finer ones in a couple of minutes. I rather like that this design gives several options of how to stitch, although I could wish the holes on the knotwork die closer together to allow better filling of the pattern. Because the dies in this set are Verso, I can see there are options for cutting in to a section rather than cutting it separately which should mean there are more ways to use the dies.

The challenge for this fortnight is to make something inspired by a book. You can make anything you like, although we would like you to tell us which book inspired you when entering. Anything else you'd like to tell us about that book will be very welcome!

I was inspired by a book (or series of books) I've read many times over many years; The Hitchhikers Guide to the Galaxy (Trilogy in Five Parts). I first read it when there were only two books in the series, and as well as the books, I own recordings of the radio plays, the BBC TV series and even the very disappointing film. 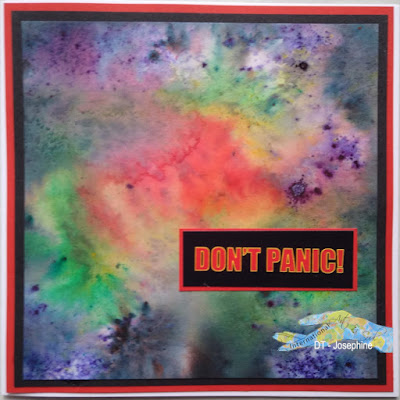 When playing with Brushos, I always think the bolder backgrounds I have made look rather like the photos published by NASA of distant galaxies, so I decided to go with that. In fact, there's a point in the second book, The Restaurant at the End of the Universe when the end of the universe is described and this background actually makes me think of that. Anyway. I could have added various different things to the card: a towel, a cup of tea, a black spaceship, a Chesterfield sofa, a manically depressed robot, but I decided to keep things simple and simply add the words displayed on the front of the book the series takes its name from - The Hitchikers Guide to the Galaxy which I generated in Photoshop Elements.
Posted by Josephine at 12:00 3 comments:

The theme for this fortnight is Tea Party.  I must admit, I struggled with this one. I bought some tea cup dies a while ago (Crafter's Companion) and thought I'd use them. But I just didn't like the effect of cutting them out of patterned paper which was the basis of my idea. So, I did a search for digi stamps with a 'tea' theme, and found a freebie set from Crafts Beautiful magazine which I rather liked. There are a lot of different images on the download, but I just used three; teapot, cup and a stack of cups. 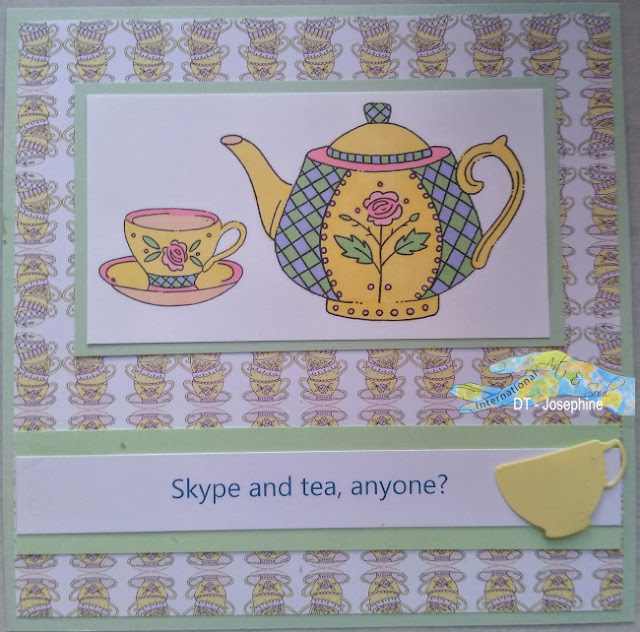 I coloured the pot and cup in the central image with Promarkers. I printed out the stack of cups quite big and coloured them too. Then I scanned the result and tiled it in Photoshop Elements to make a background. Of course, at the time I'm writing this (late May) we're still pretty much being told to stay at home, and the idea of sitting with a cuppa chatting on Skype is becoming the new normal, so the sentiment seemed natural. I finished the card with a teacup embellishment cut using the aforementioned Crafter's Companion dies.