For this fortnight, the challenge is to create something without a focal image.

I decided to add to my stash of Easter cards, courtesy of a stamp set from Creative that I bought recently. 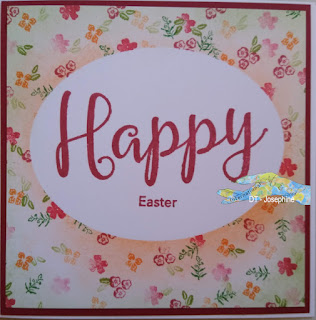 I teamed the stamps with some from Rubber Stamp Tapestry and Card-io and used Memento ink throughout. Quite a simple card, and apart from the background matting, just a single layer so it will post without costing an arm and a leg!

For this fortnight, our the theme of our challenge is Spring. Not too hard, I suspect!

I made a card using a beautiful stamp from Crafty Individuals as its focus. 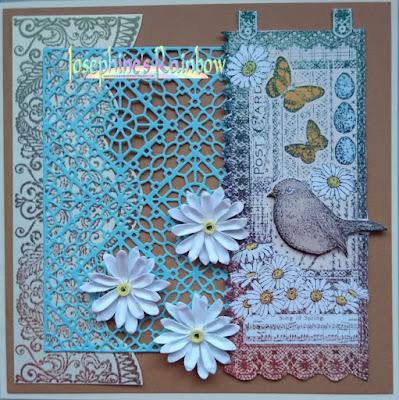 I stamped with a Big and Juicy ink pad, then added some colour with Promarkers. I layered a second copy of the bird on top to add a little dimension. Given the lacy theme of the stamp, I added some shimmer card stamped with a lacy panel from Stamps by Chloe. The lacy doily was cut using a die from First Editions and I completed the card with some daisies made using die cuts from Susan's Garden and Sizzix.
Posted by Josephine at 12:00 4 comments:

The theme for this fortnight is to use green as the main colour.

I decided to go for something that seems quite spring-like, and came up with this: 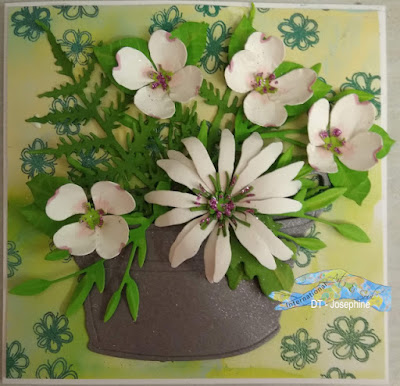 I first heard of Susan Tierney Coleman when she published a book showing how to make realistic flowers out of punched shapes. I then followed her when she turned to die cutting - first with Sizzix, then Elizabeth Craft and most recently with Tonic, and I've used mainly her dies to create the arrangement above.

I started with some card which I tinted with Distress Oxide ink in a variety of green shades. Then, I stamped a floral trio repeatedly and heat embossed.

The dies include the Japanese Fern and Galvanized Tub from Susan's most recent Tonic collection, along with Dogwood and Gerbera Daisy from the original Sizzix range. I've also used a few leafy sprigs that came from The Works. I shaded petals in a pale blush pink using Pan Pastel and added a slightly stronger colour to the edge of the dogwood petals using Promarker. To complete the flowers, I dabbed some glue on the stamens and sprinkled some magenta shaded glitter.

The theme for this fortnight is Green.

I have a son with a birthday at this time of year, and since there's normally a 'green' challenge around now, he seems to always end up with a green birthday card. And this year is no exception. 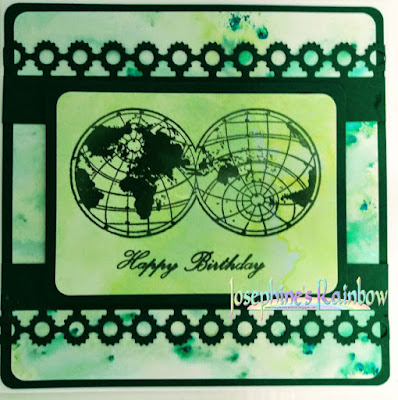 I started with some card which I treated with Distress Oxide ink in a variety of green shades. When that was dry, I took the larger piece and added some Pixie Powder in Peacock Green. The smaller piece I stamped using green Versafine ink. The stamps come from a couple of Creative Stamping magazine issues. To finish the card, I found a border die which I think was made by Crafts Too. and that's it! I do hope you can join us this time.

The challenge for this fortnight is one I found hard: Use a Photo. I found it hard because I don't like to post photos. I use them when crafting, but since they're normally of people, I don't then put them on my blog. So, I had to do some thinking. 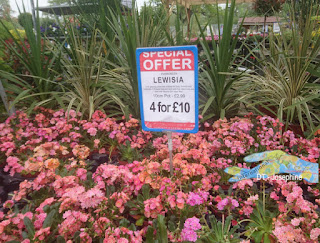 And here's the photo I chose. Not at all personal!

When I got a new laptop, I decided to say goodbye to Photoshop Elements which I've used for many years and try Gimp instead. Let's say the learning curve has been rather steep, and I've barely scratched the surface of its capabilities. But I've tried hard to work out how to do some of the things I used to do regularly, and one of my favourites is making a background out of an area of an image. I often do that when I want a background for a digital image, but I've never used one of my own photos before. So, I digitally cropped a small section of the flowers above, shrank the cropped image, mirrored it so that the edges all matched, and tiled it to make a background. And this was the result! 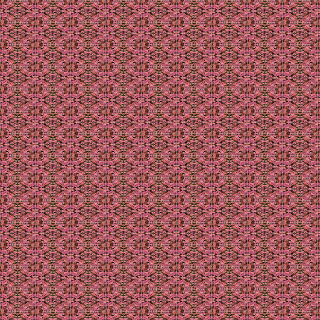 I printed the result on to photo paper, and with the addition of a stamped image and some matting, this was the final result. 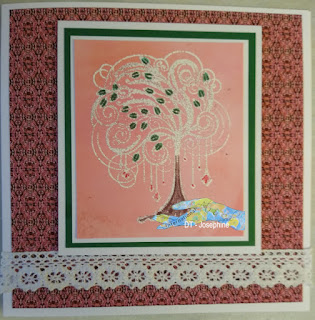 The background to the image was shaded with Distress Oxide inks, and then I stamped the image (stamp from a recent issue of Creative Stamping) and embossed it in white. I added a little green to the leaves, brown to the trunk and red to the pendants using Promarkers and completed the card with a little lace.

And that's it. I hope you can join us this time. So long as you use a photo, it doesn't matter how you use it!
Posted by Josephine at 12:00 3 comments: