This time at Crafty Cardmakers, the theme is Summer.

I decided that images from the Crafter's Companion Halcyon Days CDRom were perfect for this theme. 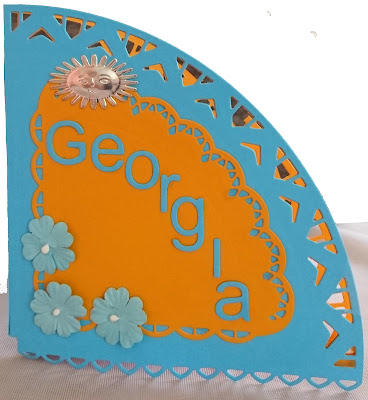 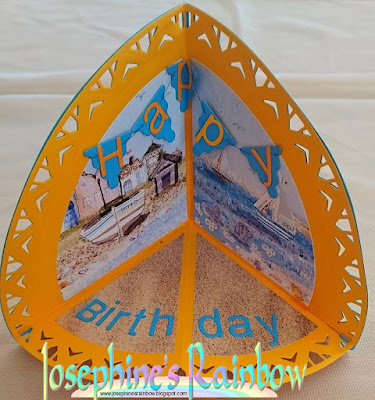 I gave my new Carousel die from Marianne a try out. I've used a sandy background from Photoshop Elements for the 'floor' and two really pretty images from the CD and added text using an XCut die. I  die. I finished the card with some embellishments from my stash.

I hope you can join us this time.
Posted by Josephine at 12:00 5 comments:

This time at Crafty Cardmakers, we want you to bling it up! Simple, yes?

In fact, this card was a case of serendipity! I needed to make a card for a colleague who's leaving while in the throes of having our 'study' transformed into a craft room. I said 'study' because, although we've always called it that, the room has had many uses since we moved here over 30 years ago. In the early days, it was where we left coats and shoes, then it became a buggy park when the children were small. It's been a bedroom when my mother-in-law visited since she couldn't manage the stairs, and since we entered the digital age, it's been where we kept and used computers. Of course, as the children got older, and computers became even more frequently used, even that use has fallen by the wayside. Despite its many uses, it's always been one of the places where I've stashed my crafty goodies, and as a result, my bits are even more spread around the house than usual.

So, I decided what to do based largely on what I could get my hands on easily, and came up with the design using a variety of die cuts. But, when I assembled it, it wasn't balanced, so I had to decide how to get some more interest in that top left corner. First, I cut a second version of the die cut, this time in the peach, and cut out the butterfly motif. Then, I decided I'd add some sticky gems. When I was finally happy, it was extremely 'blingy', and I realised it'd be perfect for this challenge, although I didn't have it in mind while it was in progress. So, serendipity! 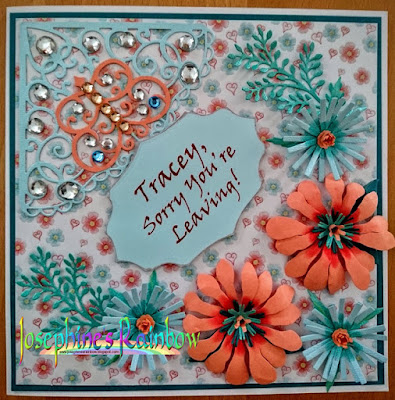 The flowers were made from die cuts courtesy of Sizzix Susan's Garden range, shaded with Pan Pastels, and the leafy additions cut with Sue Wilson dies. The sentiment is computer generated, cut using a Go Kreate die and edged with Versamcolor ink.

I hope you can join us this time!
Posted by Josephine at 12:00 3 comments: