The challenge for this fortnight is Winged Creatures chose and hosted by my team mate Christine. I normally immediately go for butterflies for this sort of challenge, but not this time. Two cards, and not a butterfly in sight! 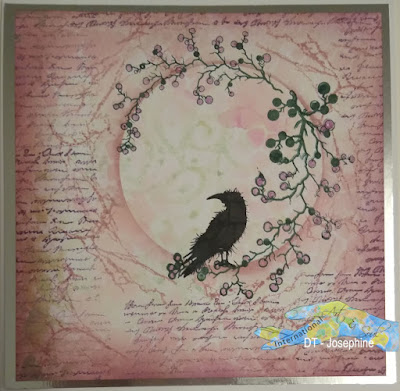 I have been inspired recently by some Lavinia Stamps videos, and this has resulted in both the cards in this post. This first one, started with a second gelli plate impression with distress oxide ink and a stencil. (The first impression will be used elsewhere!) The result was very understated, but I liked it, and added some more detail. First, I used a circular mask and Victorian Velvet distress ink. Then I added the foliage and added the raven using stamps from Lavinia stamps. I coloured the blossoms with pencil. I wanted a bit more texture in the background, so I used a couple of stamps from Creative Stamping magazine - some text and another small one with a 'cracked' appearance. And that, apart from some silver mirror card to matt, is that. 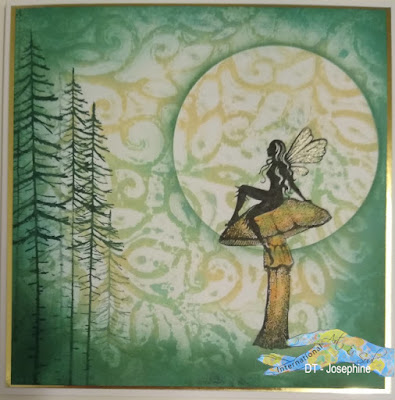 This card used similar techniques, although the gelli print was first generation, and a lot bolder as a result. I added some trees, and the fairy on a toadstool image. The fairy was from my first ever set of Lavinia stamps - I think they were a subscription gift for a magazine some years ago. The toadstool isn't opaque - so I added some colour using coloured pencils. And again, some mirror card to finish, and a fairly simple card.

Both cards are beautiful and the techniques you've used for the backgrounds are great. Hazel x

These are both absolutely gorgeous! I love how you did the backgrounds. The colors are so soft and vintage-looking. Maggie, DT