This week, at Crafty Cardmakers, we want to see 'Winged Things'! The challenge has been set by team mate Marie.

We're sponsored this time by 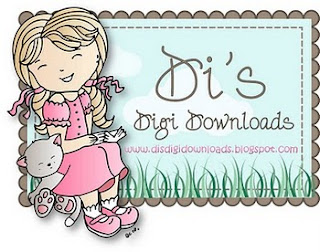 It won't surprise anyone who visits here regularly to find I've chosen a fairy image, although it's not from Ching Chou Kuik or Molly Harrison this time! 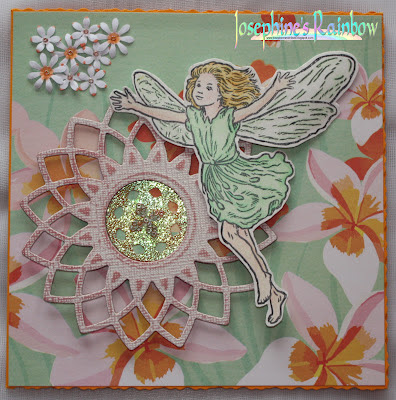 The image is from a stamp by Crafter's Companion, called something like Rose Bay Willow or some such. (Lost the details!) I've finally been happy with the stamped image, having mounted it onto some Kling On. Previously, I've tried the Crafter's Companion idea of rock-a-blocks, but they make the lines too chunky for my taste. And, I didn't use Promarkers! Just for a change, I pulled out my Derwent Coloursoft pencils. I blended using a blending pencil, and although it hasn't come out in the photo, I used four coats of the burnishing pencil on the wings for shine, before adding some detail with Sakura Stardust pen.

The paper is from Kate Knight (I love her bright, bold designs). I've added a Spellbinder die cut (Lotus medallion) which I cut using Coredinations Whitewash (outer section, raised) and Craft Creations Shimmer Paper(inner section, flat to paper). I decided the result needed just a little further embellishment, so I added some small punched flowers, and gave them bead centres. Then, I decided that the same beads would look great in the central cut out of the die cuts, so I arranged some there. 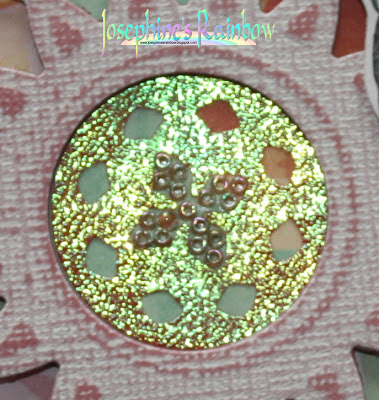 Beautiful card and flower, love your fairy image. I think its called Rose bay Willow Herb.
Thank you for sharing it with us at FSC as well
Yvonne x

What a pretty card, I really love how you've coloured the fairy, she looks beautiful. The flowers and medallion accentuate the paper you've used perfectly. You really have patience adding all those beads, especially the ones in the centre of the medallion I'd never manage that.

This is amazing!!! LOVE the use of the beads--and the glitter is amazing! This is super wonderful! :)

Wow, really like the dimension and texture you've given your flower. Very pretty background paper too. Thank-you for sharing with us at The Poodles Parlour!
{Hugs} Barb

Oh goodness, this is a beauty! Your center is very pretty and the beads do add a nice touch. Love the colors. Thanks so much for entering Fat Pages and Cards with Attitude Challenge! It's nice to have you.
Manderly
xxxooo

Beautiful card, such a pretty image love the colours you have used. Thank you for joining us at Fat Pages and ATC's this fortnight. Abbie (Owner) xx

Gorgeous card, such a beautiful image and so many lovely little touches. Thanks for joining us at NMW Challenges and FSC too,good luck
Claire xx

Lovely card, and beautiful colors. Good job on your coloring. Thanks for playing with QKR Stampede.

Beautiful card and image. Thank you for sharing and joining in at NMWC. Hugs, Velma

Well done! Thanks for sharing in No Matter Which’s *Die Cuts/Punches* challenge and good luck !