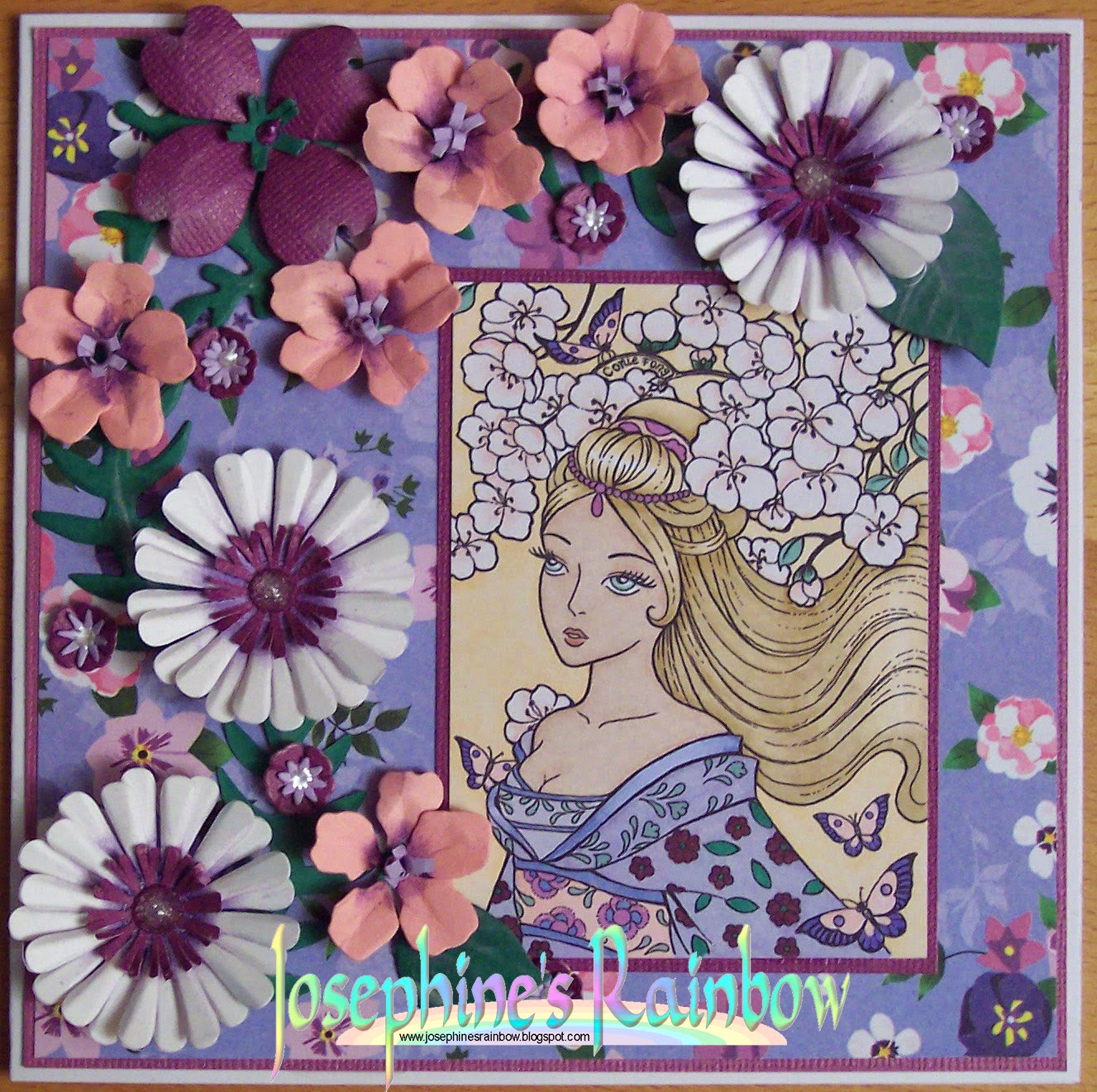 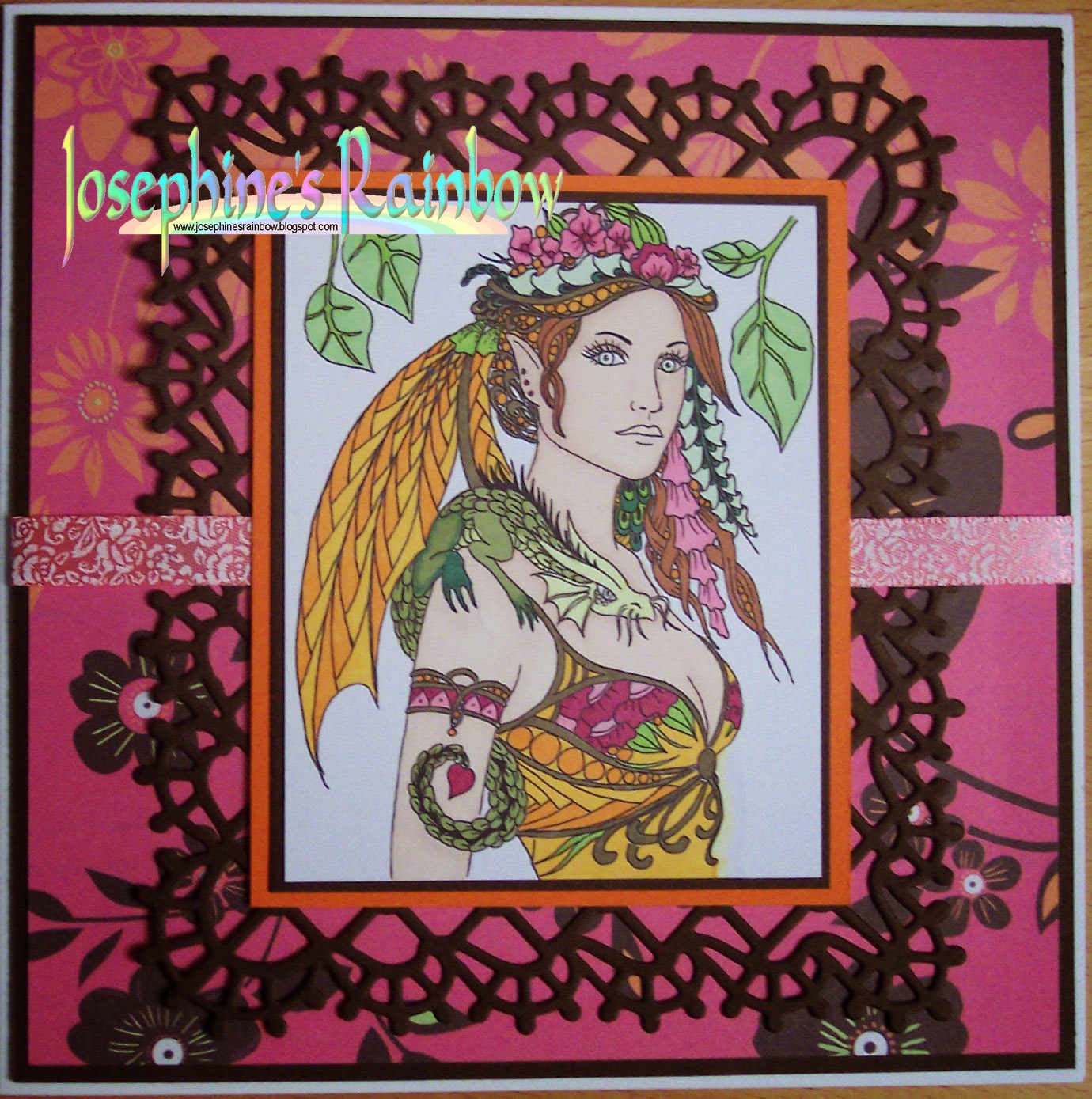 Loving all of your flowers on such an amazing layout! Love your image and coloring too. Thank you so much for sharing it with us at Creative Knockouts!

Beautiful creations! Lovely! Thanks for sharing with us at Inky Impressions!

Your card is fantastic and I love all the flowers you've added.
Thanks for playing along with us at Creative Card Crew.
~ Crystal (DT)

Theyre both beautiful
Thank you for joining us at Scrapper's Delights

Very pretty and so colorful! Love them both! Thank you for joining us at Sassy Studio Designs and the DTBST challenge this week! HUGS

You made such a perfect call using the bright colours with that image - looks great! thanks for sharing at Sassy Studio Designs! Melissa DT