I'm conscious that, as a result of various worries during the summer, I haven't made as many Christmas cards as I usually have by this time of year. Now that these worries have been largely resolved, I'm trying to get stuck into doing some, and I decided to use my Enchanted Dreams CDrom for some inspiration. 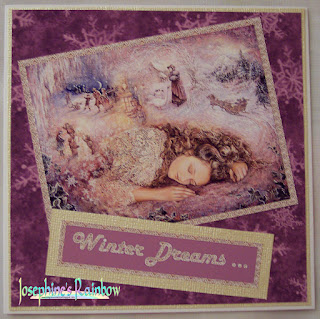 There are four fairly wintery images on the CDRom, and this is the first of those. I used the backing paper provided for the image, and used the lady's lacy clothing to create a background which I used to frame the image, and to frame and fill the text. I matted using some Papermania shimmer card. I had intended to place everything straight, but, having placed them as you see as a first stage, I decided I liked the effect! 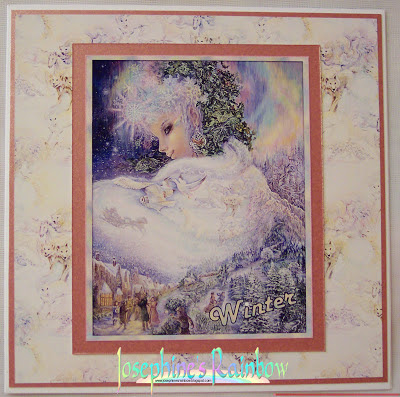 This time, I added the work 'Winter' to the image in Photoshop elements before printing. I also used the backing paper supplied for the image. 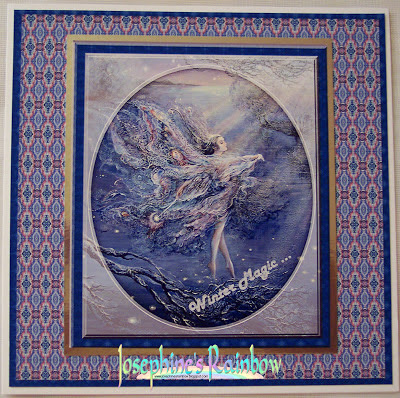 For this one, I again added some wording in Photoshop elements, but I also used some bevel effects on the image. I didn't like the paper supplied for this image, so I made a couple using tiled elements of the image. One's fairly dark blue (the detail doesn't show well in the photograph), and the other picks out the blues/lilacs and pinks of the image. 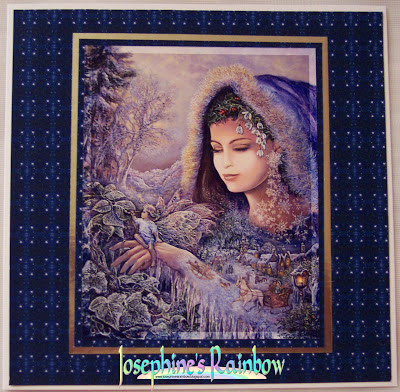 Again for this image, I didn't like the supplied paper, so I put one together. The only other thing I added was some silver mirror card to provide a contrast.

I haven't embellished these cards at all. I purposely printed the images fairly big for the size of card - there's so much detail in every image and I hate to lose it because it's printed small. I think they work really well with just some matting to draw the eye into the image.

A gorgeous set of cards.I love that CD as well.
Yvonne

Oh how do i love this images. So much to look. Oh what paper do you print them. Is it card stock or Photo paper???
Hugs Nat