The theme for this fortnight is Things with Wings. So, birds, insects, fairies, angels ... anything that has wings.

I made an exploding box as an example for my craft group. 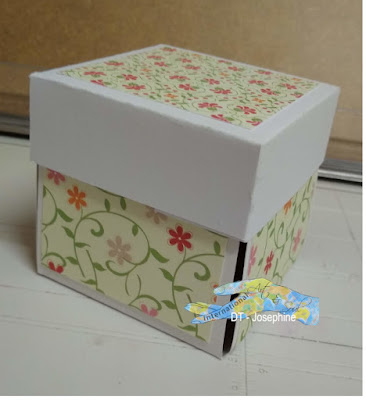 The members are not generally papercrafters, so I needed to keep the project fairly basic and not to require many of the tools I take for granted. In the end, they decided they wanted to make a pop up card instead, but I'm sure I'll find a home for this  box. 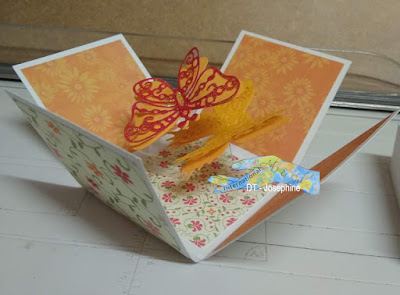 The papers are from my stash. The butterflies were cut on my Big Shot Pro using dies by Spellbinders. In both cases, the lower layer was cut in card, and the upper, lacy layer in shimmer paper that I bought from Craft Creations when it was based in Cheshunt. Unfortunately, the new version of the company doesn't seem to be stocking the things I regularly bought from the original company, so I'm having to look elsewhere. 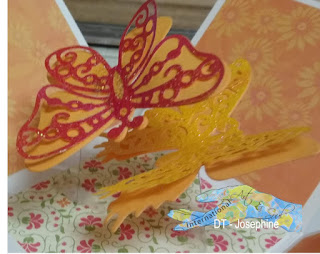 And finally, a close up of the butterflies. I used scraps of die packaging (the clear plastic) to support the butterflies, and you can just see a trace of that in this photo.

Your box is lovely and the butterflies look great just hovering there. Hazel x