Another Attempt with Watercolour Paper

Yes, I've been having another go. Well, the sheets of watercolour paper are A4 sized, so I printed out four images at once. This time, I've used an image I've used several times before but which remains a favourite. It's another Crafts and Me digi - this time from Sara Burrier. 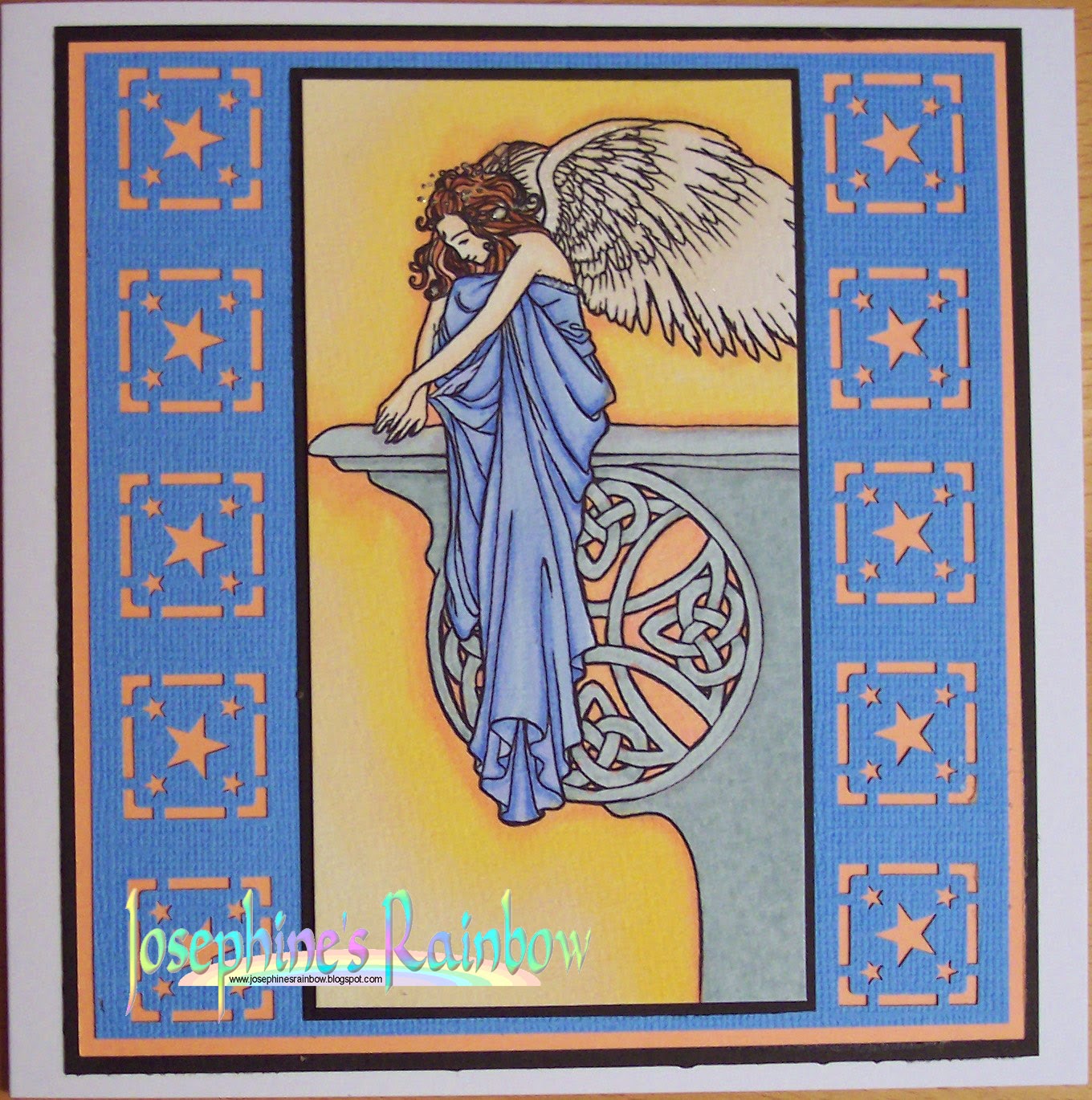 I've combined several favourites into this card! First, there's the image which I do love. Then, there's the colour scheme. I love blues with peaches and golds. And then there's the punched background. one of the reasons I like die cuts is because of their clean, hard edges. There's nothing woolly about them. But before I invested in my first die cutter, I used punches. This punch is one of a pair I bought at a show at Olympia before they decided to switch to just stitching and knitting. They came with a little bracket which allows you to do repeat patterns. It's much simpler than the more recent Tonic device (which I've also got).

I coloured the image with Promarkers on some Clas Ohlsen watercolour paper. I managed to create a stippled effect in the stonework which i think worked fairly well, and I added a background in shades which (I hope) are reminiscent of a beautiful sunrise (or sunset). I finished with a little Sakura Stardust pen on her dress, wings and hair.

Lovely card & so wonderfully coloured. Thank you for joining us at The ABC Challenge for our 'V is for Vibrant' challenge xx

A beautiful card. Your colour scheme is wonderful and the colouring on the image is perfect. Sally D.x.

Very beautiful Josephine! I love the die cut pattern down the sides and your image is stunning! hugs :)

Beautiful card and perfect coloring. The card looks really awesome!
Thanks for playing along in the Sister Act Card Challenge.
Hugs,
Natalie
INKognito

Adorable, thats for linking up at our monthly Sisters of Craft challenge, good luck Gill DT